The week beginning the 17th June was an extremely busy week for our Holme Grange athletes. Firstly on the Tuesday we had a number of girls and boys attend the West Surrey Athletics Championships which was held just down the road at the Bracknell athletics track. The standard of this event was incredible and there were some amazing athletes taking park. Our pupils did so well and gave their absolute all to each event that they took part in. They performed with grit and determination and showed the true Holme Grange way. We had some outstanding performance on the day with Lorenzo coming second in his 150m sprint and qualifying for the final and coming 6th overall, Leila winning gold in the 100m sprint, Demi  winning gold in the 75m sprint, Elle  and Lucas  coming third in the long jump and 600m and Monty  running a fantastic 300m and winning gold. These pupils should be congratulated on an outstanding display of athletics. In addition to this, Congratulations to Monty  who has been selected to represent West Surrey  in the 300m at the National finals on 1st July in Birmingham. 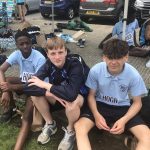 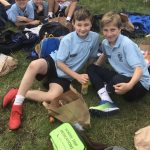 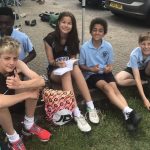 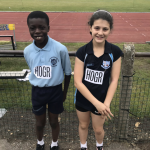 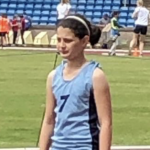 On the Wednesday seven Holme Grange pupils ventured up to the Alexander Stadium in Birmingham to take part in the ISA National athletics finals after being selected to represent London West after their amazing performances in the regional championships at the beginning of the month. Leila  was selected for the Year 5 long jump, Chris for the Year 9 shot, Monty  for the 800m and Demi, Lorenzo, Harry and Lucas for the Year 4 boys relay. The pupils had an outstanding day with Chris winning silver throwing a personal best of 11.33, Leila winning bronze with a jump of 3.74m and the Year 4 boys winning silver in what was one of the most exciting relays ever! A huge congratulations to our amazing pupils and their success at this National event- The PE department could not be prouder! 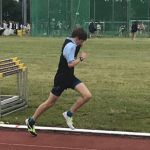 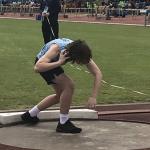 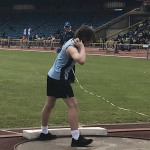 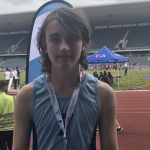 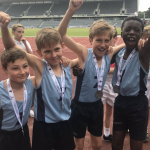 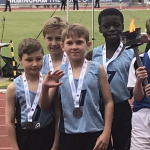