On 4th April pupils in Eaton Grange were treated to an inspirational Monday morning assembly with Maggie Alphonsi, ex-England international rugby player now turned pundit and commentator. Maggie talked the senior pupils through her life story including from how, as a child, she underwent surgery to correct a club foot. This challenge was the first of many that she overcame and she talked passionately about how rugby changed and saved her life. Getting into trouble at school meant she felt like nobody believed in her. However, a chance encounter with an influential P.E. teacher at her secondary school, covered in bumps and bruises from a recent rugby union match, suggested she give it a go and the rest is history. Maggie never looked back and progressed from representing GB at touch rugby to competing at 3 Rugby World Cups for England eventually emerging victorious in 2014. She is now the face of international women’s rugby and arguably one of the most well-known names in women’s team sports on the planet.

Her career taught her many lessons about working hard, taking a chance and picking herself up from failure – a theme which Holme Grange P.E. staff continued to discuss when they gave out prizes for the school’s sporting stars. This term has seen huge success in netball, football, hockey, rugby & cross country and Monday’s assembly was a chance to celebrate the achievements of the senior pupils aged 12-16 including county, regional and national appearances. Girls rugby has been introduced this term and recently the school played host to its first touch and contact tournament against local schools. In addition those pupils who have successfully finished their Duke of Edinburgh Bronze and Silver awards were applauded. Players of the season and most committed team members received their medals from Maggie to mark the end of a hugely successful Spring Term at Holme Grange. 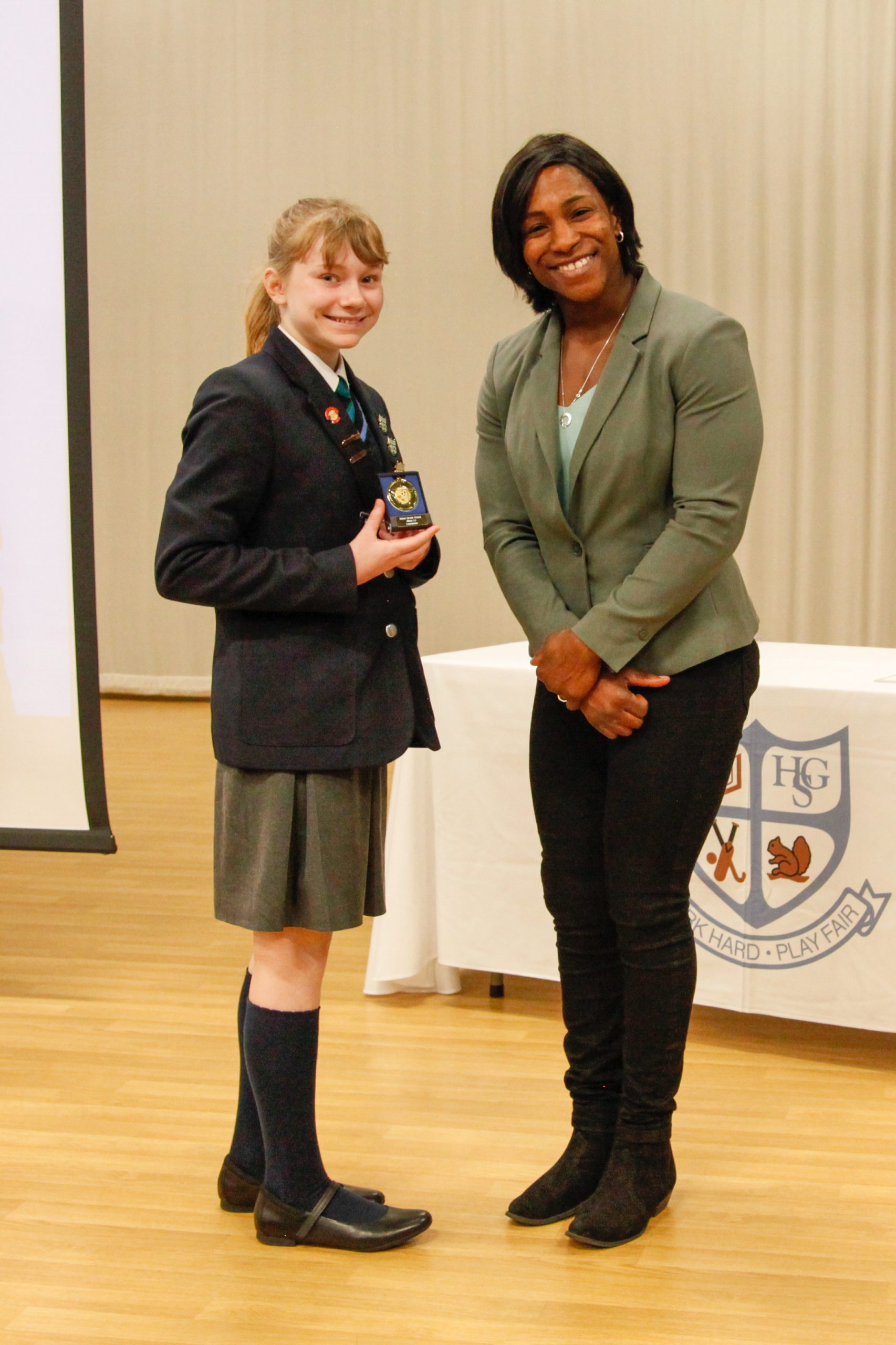 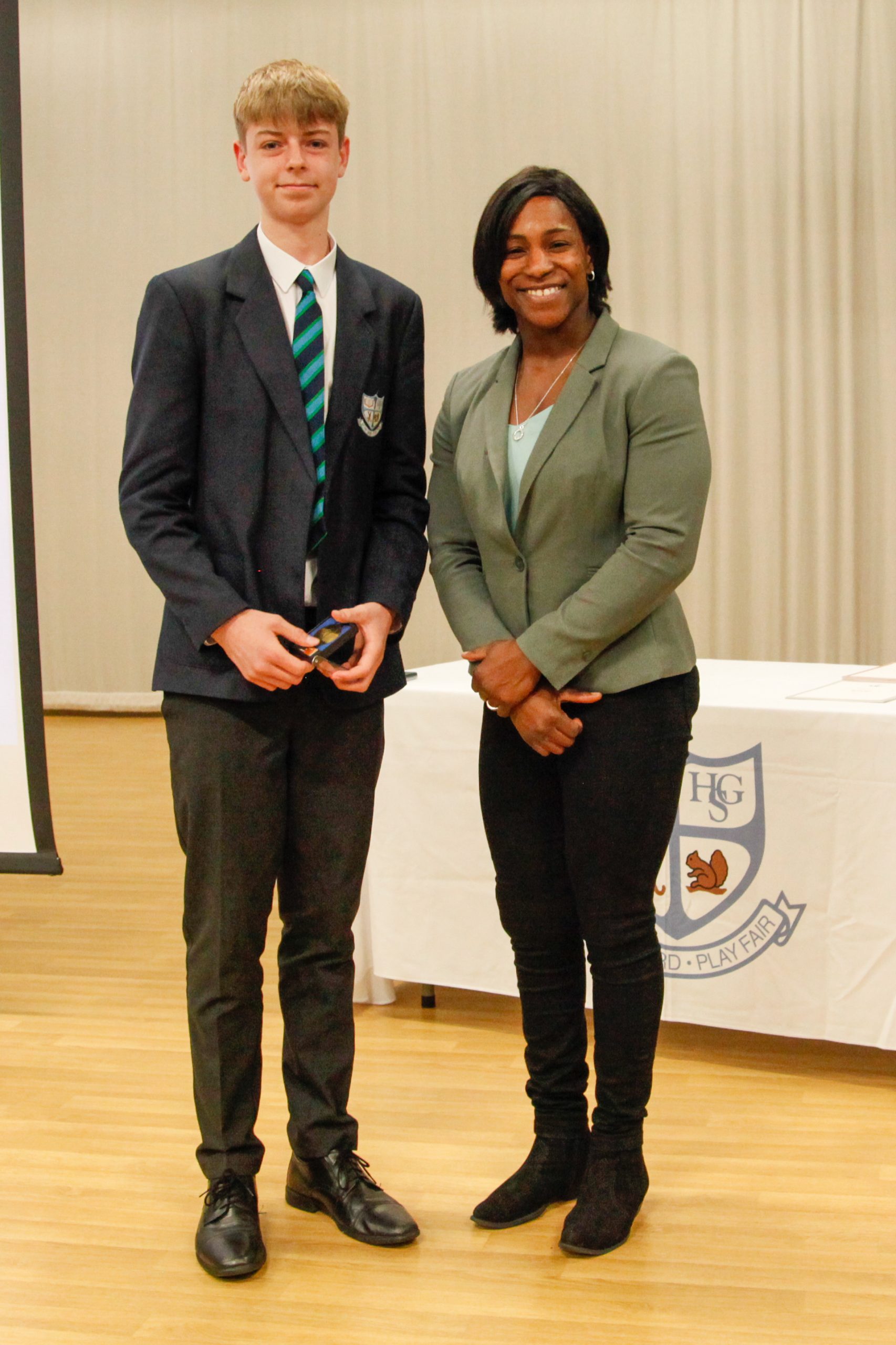 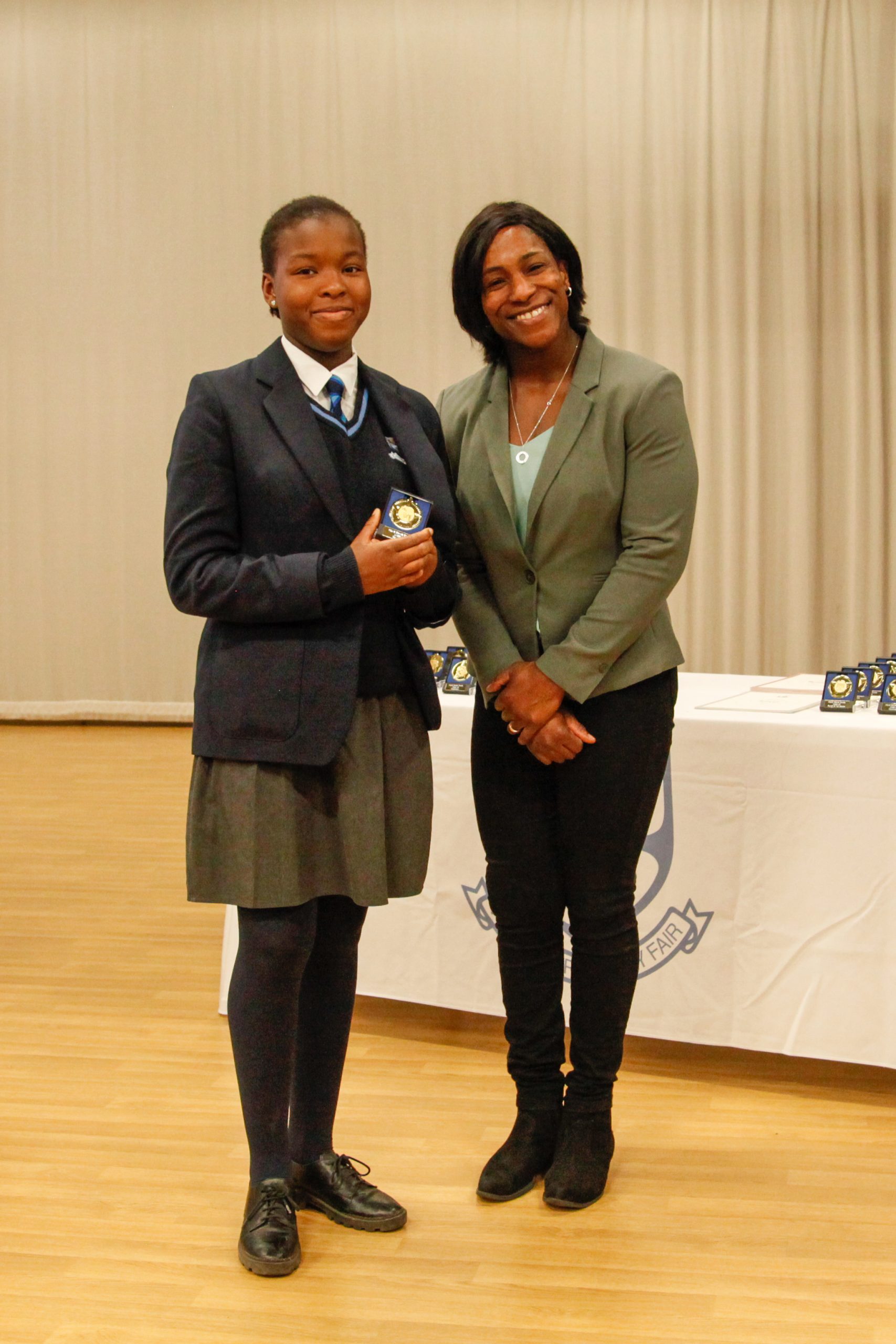