In January, Holme Grange School partnered with Thomas Franks to deliver a six-week cooking course as part of the Thomas Frank’s Foundation‘ Beyond Education Being Human’, which Frank humorously declares that Claire Robinson, Headteacher at Holme Grange ‘hijacked’ but she prefers to view it as thinking creatively!

Their goal was to provide an opportunity for the pupils to learn to cook and families enjoy time on a ‘joint activity’, all whilst supporting the charity where food is provided to those less fortunate – Feeding Communities. The response was overwhelming and Holme Grange pupils have been encouraged to cook with healthy ingredients, use different methods, try new dishes and eventually earn skills for life. 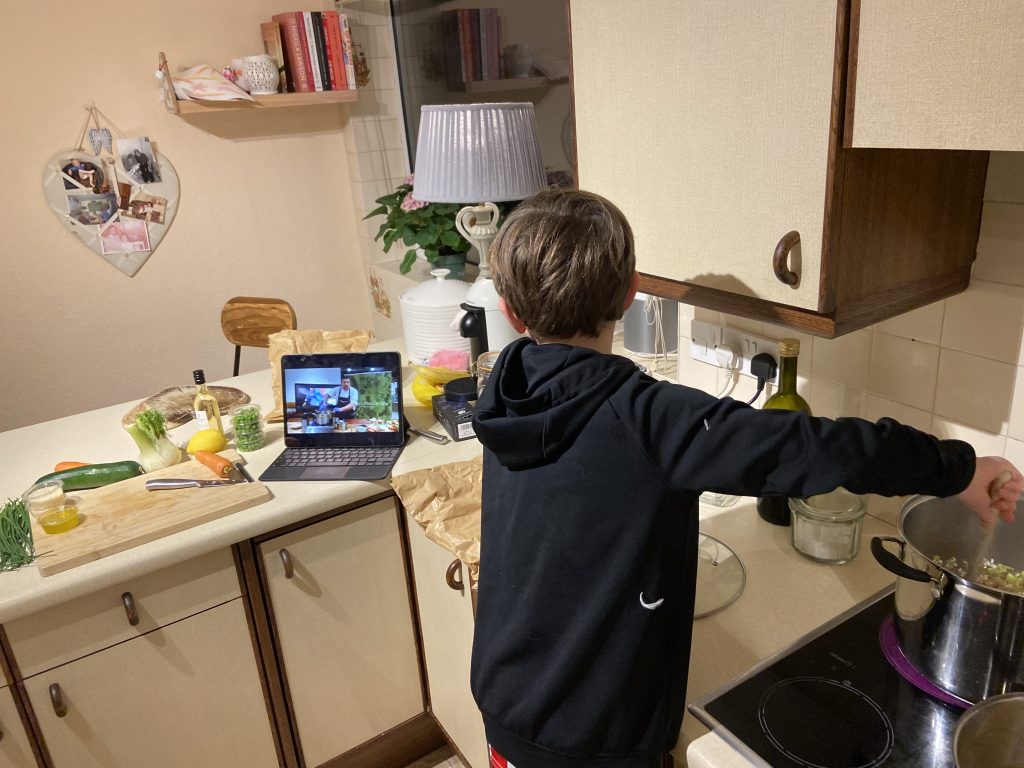 The groundbreaking programme sees Thomas Franks and Holme Grange School working together to provide children with “a future legacy of cooking and nutrition”, as quoted from Frank Bothwell himself (founder of Thomas Franks). Each Friday night, parents and children drove to Holme Grange to pick up their food box, prepared by Azdin (the School chef) together with colleagues from Thomas Franks. Each box contained the ingredients needed for the meal that week. Once home, the families would watch an online ‘cook along’, pre-recorded with Thomas Franks chef Gavin – a true star! Children then independently prepared and cooked, watching and learning and having fun. In just six weeks, the budding young chefs indulged in the kitchen and prepared meals; including Risotto, Macaroni Cheese, Cottage Pie, Spinach & Sweet Potato Curry, Spaghetti Bolognese and Vegetable Stew & Dumplings. 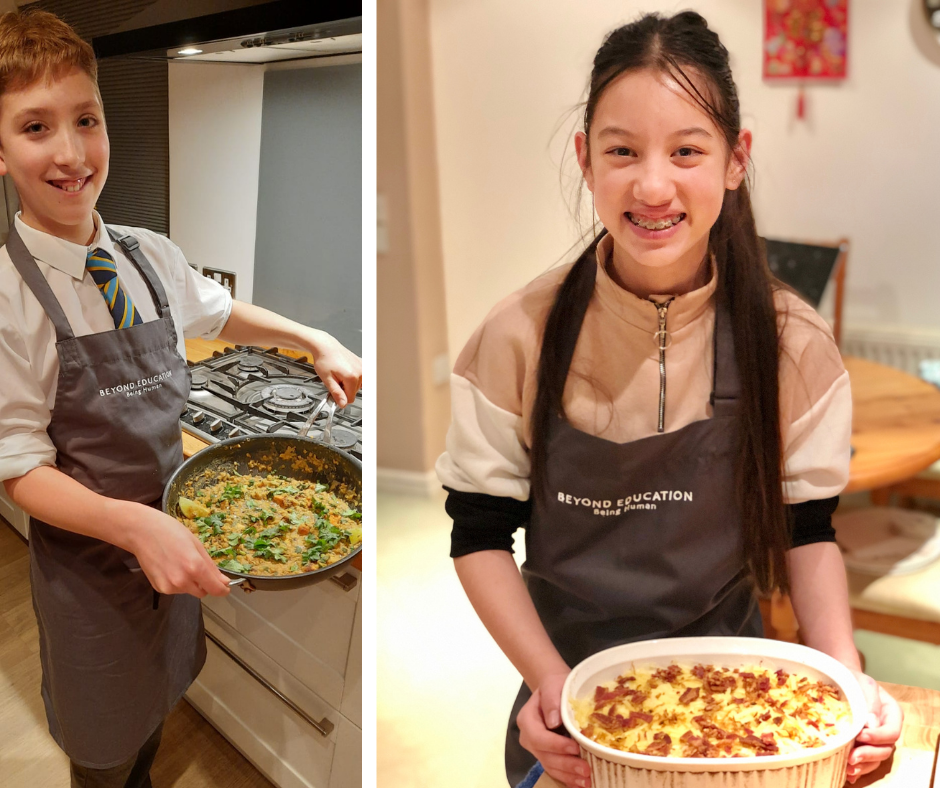 Overwhelmed by the success of the programme, parents have waxed lyrical and Mrs Claire Robinson, headteacher, well known for her positivity and ‘making things happen’ has been “ humbled each Friday evening delivering meals to those in need” and is “immensely proud of all the young people who have engaged with enthusiasm, curiosity and independence and parents who have ‘taken a few risks’! – truly the Holme Grange Way in action.”  The photos have been forthcoming and some children even surprised themselves by enjoying healthy meals which they previously had not even been willing to try. The programme has not only educated the children in the art of cooking, but it also brought families together during the national lockdown, cooking and eating together, creating delicacies, building memories, and lifting our mood with food!

The biggest benefit however, has to be the Social Enterprise and Citizenship created through ‘giving back’ to the community. They have certainly learnt that “it is in giving that we receive” in so many ways. All those subscribing to the programme paid a fee which covered the ingredients for the meals being cooked and distributed to those most in need in the Wokingham area. 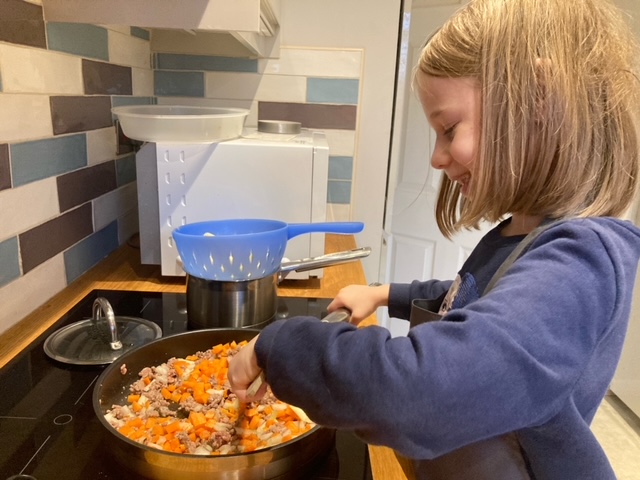 Since March 2020, Thomas Franks delivered 350,000 chilled meals to those in need, extending through the winter months and using their empty kitchens to feed communities. Holme Grange School staff and students are proud to be part of such a rewarding initiative, part of the bigger movement to help eliminate food poverty in the UK.