Year 5 pupils enjoyed a fantastic day outside at Battle Abbey. During excellent Discovery visits led by costumed English Heritage volunteers the pupils dressed up, experienced the weight of weapons, chainmail, helmets and other artefacts before marching to the specific site of the battle and taking part in a mini-re-enactment equipped with shields and influenced by the knowledge of the studied sequence of events. They toured the Abbey ruins, reflecting upon William’s purpose in raising the buildings as a monument to the Saxon defence in penance for shedding so much blood. Discussion took place of the validity of saying sorry and the tactics developed by the leaders. 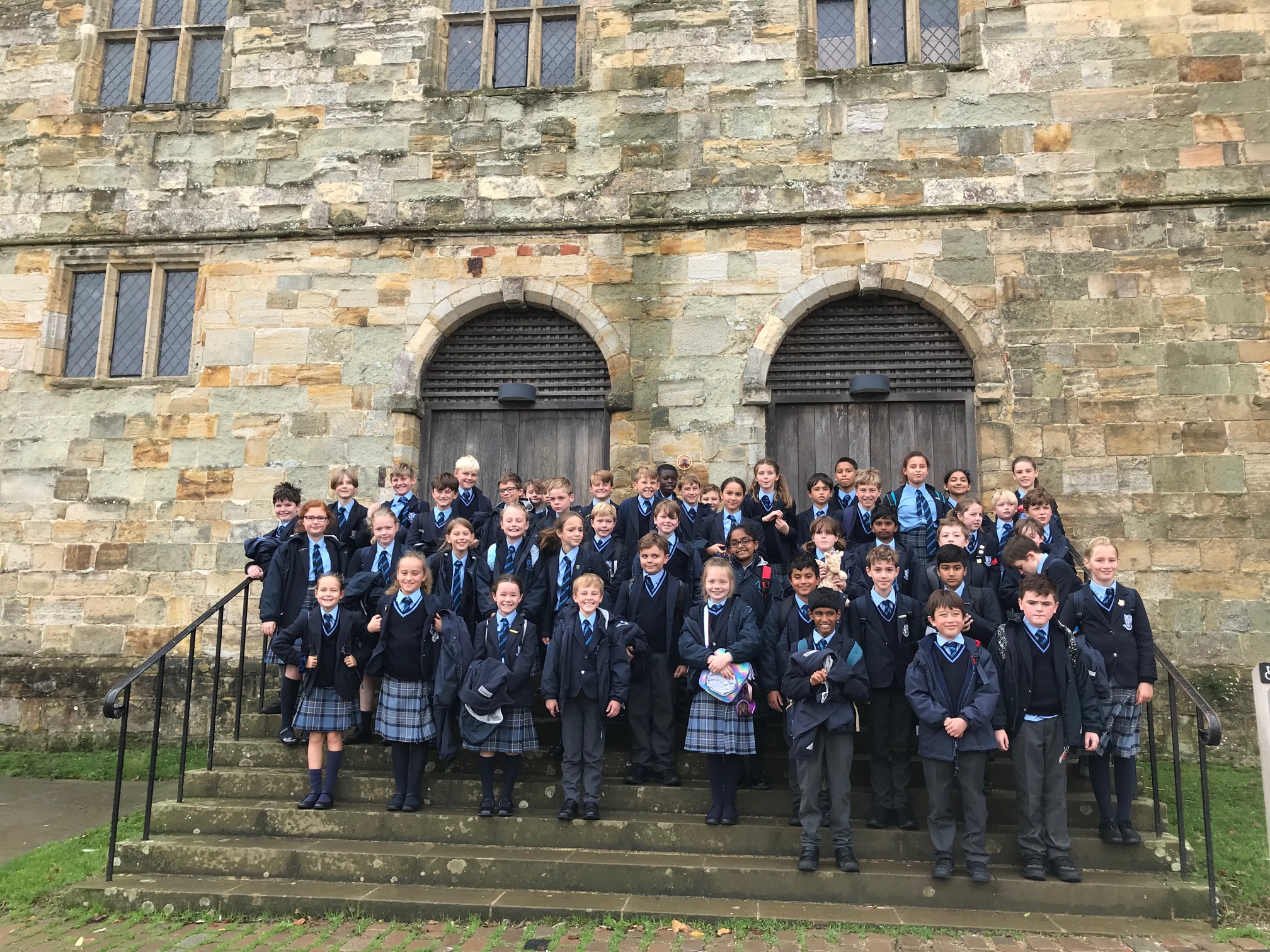 We wound our way down the Weald from the M25 to the inspiring town of Battle, with its excellent sculpture and atmospheric charm. Approaching the impressive gatehouse of Battle Abbey, pupils were able to ‘tune into’ the theme of the day and become enthralled by the challenges faced by Normans and Saxons on this auspicious day in history. In two, suitably named, groups, the Holme Grange warriors explored the battlefield, posing for photographs whilst looking up at the terrace created on the line of the Saxon shield wall; they considered the tactics deployed and thought about why William and Harold acted as they did – do good leaders change tactics in response to circumstances or stick at successful ploys regardless?

The seasonal weather added to the charm of the visit, with a little light rain pattering down, but failing to dampen the enthusiasm of the pupils!

Having viewed the actual scene of the battle, run up its slope and relished the story through various media whilst making the most of the day and autumn warmth outside, the short journey onto Herstmonceux was a relaxing, easy stage. Pupils were fascinated to see the observatory in its beautiful surroundings before being welcomed and introduced to the Discovery Park. A well-planned programme of exploratory activities led the pupils through hands-on discovery of the wonders of science – water play and ingenious, massive, interactive sculptures outside, intriguing displays and engaging enquiries inside the domes. Through the Arts to Forces and Levers, Earth and Space, pupils imbibed new concepts and rationalised established theories.

Following a tasty jacket potato, cake and fruit supper, the wonders of the heavens were studied through the 100-year-old telescope trained on first, Jupiter, then the stunning view of the Moon close up and finally Saturn in all its ringed splendour. In the dome the pupils were awed by the cutting edge (for 1950’s Britain) technology of the complex refracting telescope. Pupils were left wondering at the immensity of black holes, the awesome speed and complexity of space exploration and intrigued by concepts way beyond their own experience.

A safe return journey to Holme Grange and 52 exhausted pupils clambered off the coach to the welcome embrace of waiting parents – the brimming tide of enthusiasm was palpable as the children departed, telling tales of 1066 and how comets soared through the heavens, leading medieval philosophers to speculate on omens and meaning. A great day out! Thank you to all the staff who attended, making this such a great trip! Your valuable support, cheerful participation and total dedication to the care of the pupils and their educational development was, as ever, excellent! 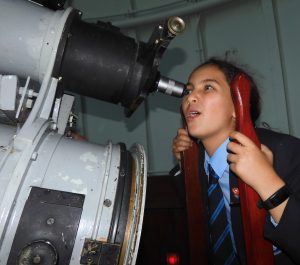 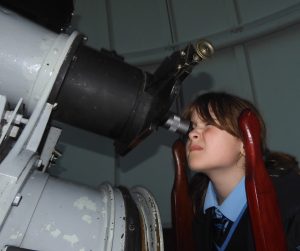 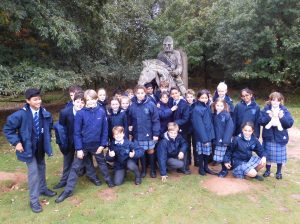 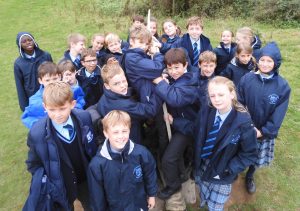 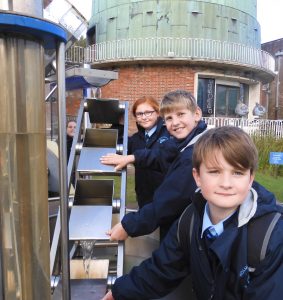