Karamazoo is a piece about one of the coolest, most popular kids in the school, whose recent increase in popularity is the direct result of a character make-over following the death of a parent. A witty and moving piece where a monologue has been adapted so six actors can perform the same character.

Hilary Tompson, judge, wrote the following about their performance:

“This piece had a great energy from the start with both the girls and the boys giving the performance rhythm and pace. The staging was simple, clean and clever with some really well worked out ensemble positioning, timing and energy. Meribelle Hayward gave a strong performance throughout and came across as a natural actor. At times her passion really shone through. Demilade Bolade-Ogunfodun was particularly expressive with his body language and vocal clarity. His storytelling about the fish was very engaging and well executed. Boy 3 played by William Newman was also captivating as he told his story. The late replacement by Jadie Muckle was really well done and we couldn’t tell that she had learnt her part in only a week.  Each person brought something to their performance that was well balanced and real, giving the piece a fully rounded feeling. I found the ending very moving which is a good sign that the whole ensemble have told their story and brought out the themes and issues in the piece beautifully.” 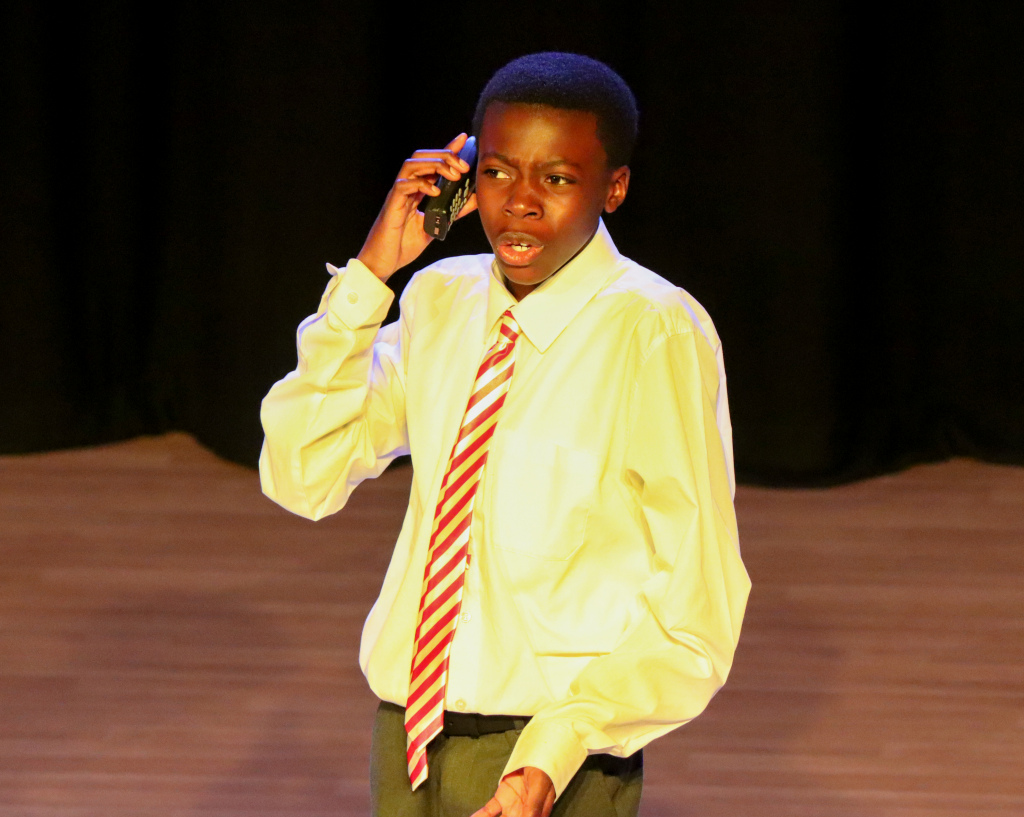 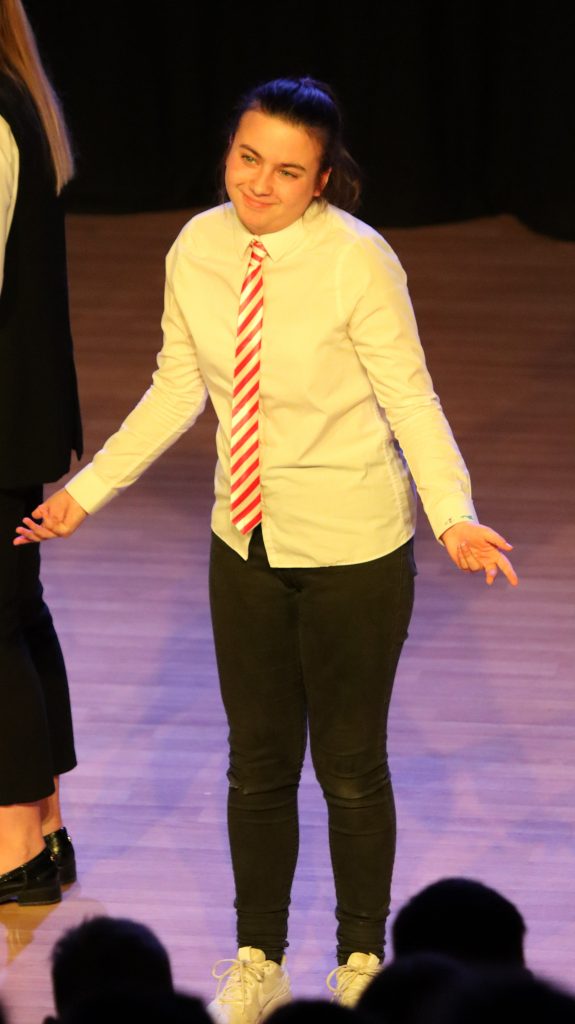 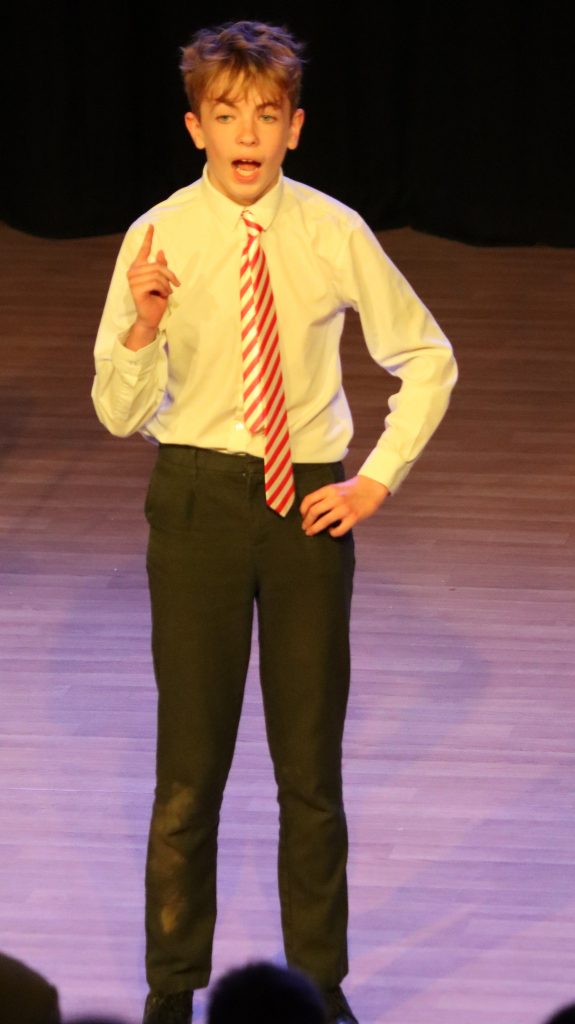